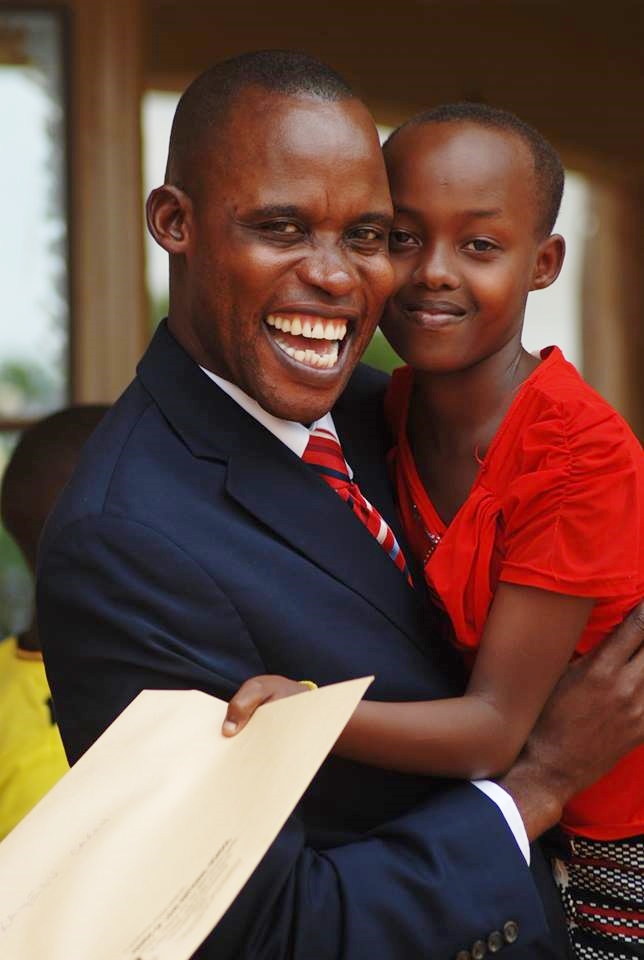 Our founder, Pastor Elijah Sebuchu, grew up in extreme poverty in rural Uganda. As one of 38 children in a polygamous family, he slept on the ground without a blanket for most of his childhood and almost died from insect infestations as a result at the age of eight. He received his first pair of shoes at age 15 and at 18, for the first time in his life, felt the satisfaction of a full stomach.

Pastor Elijah was privileged to have been raised by his godly mother Esther. She daily spoke powerful authoritative words of prophecy in his life, telling him that he was born to lead and that he would not die like so many others. She also taught her son important life lessons and biblical principles that began to shape and guide Elijah.

Although his childhood was miserable in many respects, Pastor Elijah received an education, unlike most of the poor in his country. He took advantage of this opportunity, completed undergraduate degrees and earned a seminary degree from a local university. It wasn’t until after he graduated, however, that Pastor Elijah came to know Jesus Christ as his personal Lord and Savior. He began pursuing God’s calling on his life. He became an evangelist, opened his own church in the capital city, Kampala International Christian Centre (KICC), and started planting churches throughout the countryside of Uganda.

As God was growing Pastor Elijah’s church ministry, God began opening Elijah’s eyes and heart to the droves of wandering orphans in his country. He realized that there were not enough resources in Uganda to meet the needs of the orphans and began sending pleas over the internet for international help. Through a miraculous sequence of events, God provided connections and a network of people who helped Elijah build Hands of Love Orphanages and School.

Elijah and his wife, Ruth, live and serve in Kampala, Uganda and have five biological children. Under their umbrella organization, Global Discipleship Ministries (GDM) and together with the many laborers in Uganda, Elijah and Ruth now serve over 70 churches directly and over 300 Partner Churches indirectly. GDM’s ministries include:

Even though thousands of lives are being transformed daily through GDM, the vision that God has given to Pastor Elijah Sebuchu and to Hands of Love USA is to save thousands more. With God’s guidance and your partnership, we will continue in our mission to transform a nation, one soul at a time.