US Staff and Key Volunteers

Paul comes to Hands of Love USA with a passion for Uganda and a servant’s heart for its vulnerable population. He believes every person is under the guiding hand of God and each person, when provided with dignity and opportunity, can be positively impacted and in turn impact others.

Before Hands of Love USA, Paul spent the majority of his career in the Financial Service Industry. He has held positions including Sales, Sales management, running large Profit & Loss Centers, Business Service Centers and Corporate Marketing Departments and has additional areas of concentration in Marketing, Operations, Strategy and Business Development.

Paul holds a BA in Psychology from the University of Cincinnati and an MBA from Washington University in St. Louis. He is Six Sigma Green Belt Certified from both GE and Textron. Paul has been married since 1983 to his soulmate Lisa. They have two adult children and two grandchildren. Paul enjoys spending time with his wife and family and enjoys helping others fulfill their dreams. Paul and Lisa attend Free Chapel Church in Gainesville, GA and he is an active member of the host team for Souly Business. 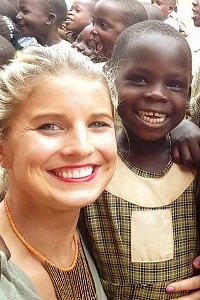 Vera Dwyer joined Hands of Love USA in 2014. Prior to Hands of Love USA, Vera worked for 3.5 years as a Project Manager for a leading, global advertising firm. Before beginning her advertising career, Vera attended Colgate University where she received an athletic scholarship and earned a Bachelor of Arts degree in educational studies.

Vera became involved with the Hands of Love in 2010, when she spent 10 weeks living in Pastor Elijah's house in Uganda. During that time she helped build the first Hands of Love child database and taught soccer to the children at the Hands of Love Kiteezi School. It was during this trip that Vera developed a strong passion for serving Uganda's orphaned and abandoned children. Upon her return she quickly became a child sponsor and has faithfully volunteered ever since. Vera currently lives in Buckhead with her husband, Sean, and enjoys walking in Chastain park, spending time with friends and trying new restaurants. 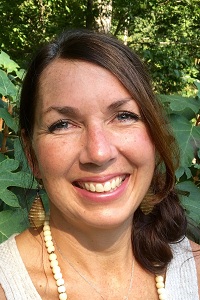 Before working with Hands of Love USA, Laura spent 13 years in the private sector where she provided financial services to small organizations and businesses. After choosing to stay home with her young children, Laura volunteered to lead Dave Ramsey financial classes at Johnson Ferry Baptist Church for 9 years while handling the finances of several non-profit organizations.

Laura is a proud wife and mother, loves running, doing yard work, and spending time outside working on her urban farm. She has a huge heart for Uganda’s orphans and abandoned children and is thrilled to see how God will use her to further the mission of Hands of Love USA. 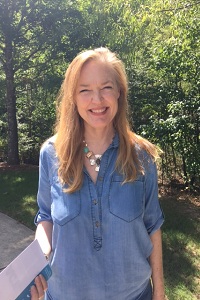 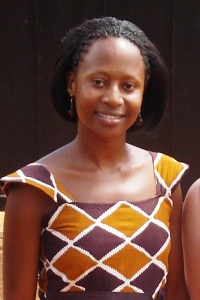 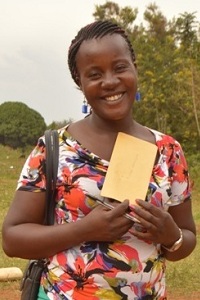 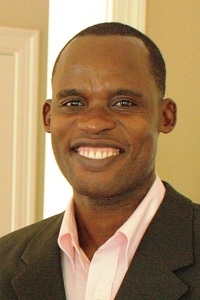 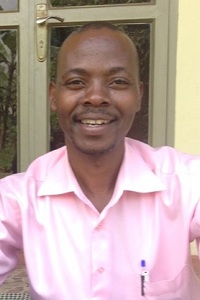 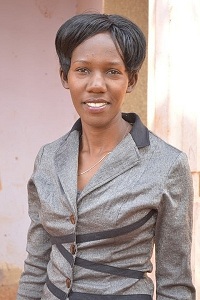 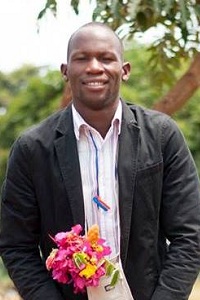 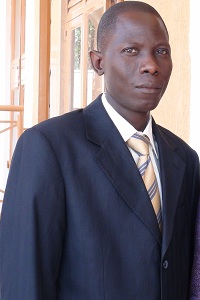 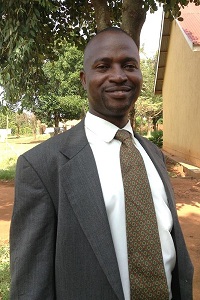 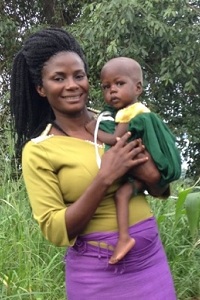 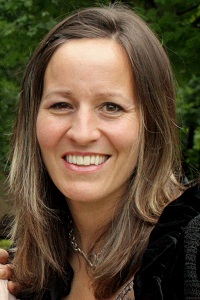 Anna Latshaw currently pastors Dwelling Place Atlanta, a church in Marietta, Georgia that she and her husband helped plant. She is also a full time mother of four beautiful girls.

Born and raised in England, Anna has had a heart for vulnerable children since she was a child. This passion has led her to actively serve the poor in Atlanta and South Africa and to participate in short term missions to orphanages in Romania, Russia, and Uganda. After being introduced to Pastor Elijah Sebuchu, Anna founded Hands of Love USA in May of 2008. Through her fundraising efforts, the second Hands of Love orphanage and school in Kiteezi, Uganda was begun. 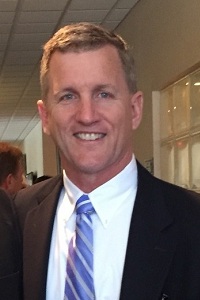 Don Schrenk is Senior Partner of Data In Science Technologies, a high tech company focused on High Performance Computing for the Life Sciences. Since 1980 he’s built sales organizations and start-up companies to provide IT solutions. More importantly, Don has led a number of mission trips to the Hands of Love campuses teaching business success principles and building bible study structure. Don has been married to his high school sweetheart, Melissa, since 1982. They have three adult children and two grandchildren. They are active members of Johnson Ferry Baptist Church in Marietta, GA where he co-leads a Sunday school class for adults and also co-leads a High Tech ministries bible study class on Friday mornings.

In 2004, Pastor Elijah Sebuchu founded Hands of Love Foundation in Uganda, where he currently serves as the President and CEO. Elijah is also the Founder and Senior Pastor of Kampala International Christian Centre, an evangelical church founded in 2003 that is closely associated with the Hands of Love Orphanages. Before this, Elijah planted churches and served as an Anglican minister.

Born and raised in abject poverty in rural Uganda, Elijah developed a deep compassion for his suffering nation at an early age. Empowered by his mother’s words of encouragement, Elijah attended school and eventually received scholarships to attend Bishop Tucker Theological College and Mbuya Bible College, where he earned a degree in Theology. He then attended Makerere University in Kampala where he earned a Bachelor’s degree in Project Planning and Management.

Since becoming a born again Christian in 1991, Elijah has devoted his life to transforming Uganda for Christ. In addition to planting churches and preaching, he began the first Hands of Love orphanage and school in rural Namadhi, Uganda in 2004. He opened the second orphanage and school outside the capital city of Kampala in 2007. He firmly believes that by empowering the next generation of Uganda’s leadership through loving care and education, Uganda will be raised out of abject poverty. Elijah and his wife Ruth have five children and live in the outskirts of Kampala in Kiteezi, Uganda. 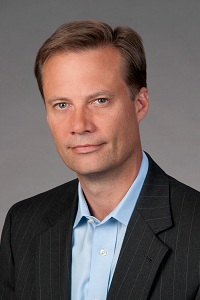 Greg Smith serves as President of Blue Vista Ventures, LLC, and is an advisor and consultant to early-stage technology companies. Smith has personally invested in 11 start-up companies and funds. He formerly served as vice president and general manager of Xerox Mortgage Services and prior to that co-founded and served as CEO and Chairman of Advectis, Inc. Greg holds a master’s degree in international business from the University of South Carolina and a bachelor of science degree in mechanical engineering from Clemson University.

Greg is currently a board member of Social Growth Technologies, Inc., serves as Chairman of the Board of Verdeeco Inc. and Pretty In My Pocket, Inc. and is also a board member and active investor with the Atlanta Technology Angels group. Greg and his wife Carol have three children, live in Alpharetta, GA, and are active members of NorthPoint Community Church. 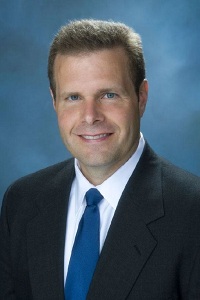 Jeff is a partner with PricewaterhouseCoopers. He joined the Firm in 1988 in the Louisville, Kentucky office after graduating from The University of Louisville. Presently, he leads the Private Company Services practice for Greater Atlanta which includes Georgia, Alabama and Tennessee. In this capacity, Jeff has the opportunity to serve some of the best and most well known private companies in the region. In addition, Jeff currently serves as the Chairman of the Church Council and a member of the Executive Committee at Mt. Pisgah United Methodist Church.

Jeff and his wife Juli have supported Hands of Love since 2010 and have travelled to Uganda twice. Jeff and Juli have four children: Luke-16, Jake-14, Max-11 and Derrick-11. Derrick, the Able’s only adopted child, was born in Uganda and was rescued by Hands of Love when he was seven years old. He became part of the Able family and arrived in the United States in 2012. 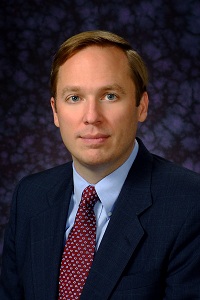 Mike co-founded Broadgreen Solutions in 2015 after 15 years at North Highland. While at North Highland, he served as the Atlanta Office Leader and as a Group Vice President with responsibilities for Dallas, Nashville and Philadelphia. He has over 20 years of management consulting experience, having previously worked for Andersen Consulting (Accenture) and CMSI / Computer Associates. His career has spanned both strategy execution and information technology consulting. Mike’s consulting practice allows him to work with CIOs on IT strategy, help business managers to improve their processes with Six Sigma, and drive successful execution of global interactive marketing projects. In recent years he has served as an account executive for Fortune-100 clients and mid-market clients. Mike is currently on the board of directors for Hands of Love USA and the Technology Association of Georgia (TAG). As an active leader in the Atlanta community, Mike was a member of Leadership Atlanta’s Class of 2012 and High Tech Ministry’s Ambassador Leadership program. Mike previously served as President of the Notre Dame Alumni Club of Atlanta and on the advisory board for Career Spa. Mike graduated from the University of Notre Dame with a B.A. in Economics and Political Science. Mike and his wife Kendra live in Peachtree Corners with their three children. In his free time Mike enjoys cooking, travel and triathlons. 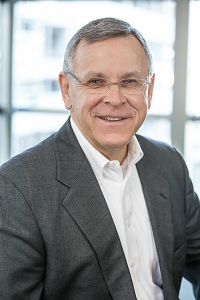 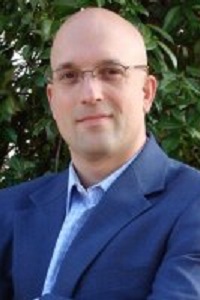 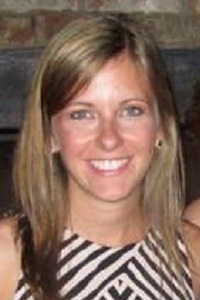 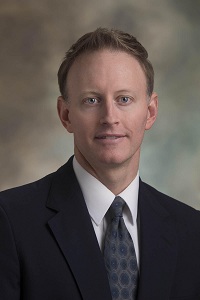